A CATCHUP WITH DEREK 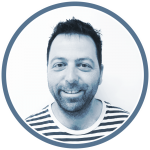 _
We are In the mIdst of wInter, what are the popular yeast straIns for thIs tIme of year?

Derek: Well, because of the cooler weather it’s a good time to make some lager, especially the brewers beer pilsner. So our Pilsen strain or Frydenberg strain, are two really good strains to make a great Pilsner or great crisp lager.

_
What are the flavour characterIstIcs of those partIcular straIns?

Derek: You’re really looking for something that gives it a nice clean, crisp finish. These strains don’t overpower the beer and allows the malt profile of a Pilsner to shine. And then also that balanced bittering hop profile to come through – without the yeast flavour dominating the beer.

_
So we have lager yeasts, we have ale yeasts, we have wIld yeasts. Is there a partIcular yeast type that’s easIer to work wIth, or allows for a wIder margIn for error on the brewIng sIde of thIngs?

Derek: Well, definitely ale yeasts are the easiest to work with and they will give a lot more flavour. They are also used in beer styles that are a lot more forgiving and where faults can be hidden. Lager yeasts, they’re super-clean, they have to be kept at a really well-controlled temperature, so there’s no room for error in a lager. It really is the brewer’s beer – brewers really appreciate what other brewers have done with the lager – because they know how difficult it is to make a cracking lager. The ales, you can hide faults in some ales, like you put some more hops in or you might put a bit of lactose in to balance things out if you’ve gone overboard with your hop additions. And also too, those ale yeasts, are better at the higher temperatures.

_
And lookIng ahead to next season, what do you thInk wIll be a the popular sellers out there?

Derek: The Hazy beers are definitely still selling strongly and therefore ale strains that make a good Hazy IPA or New England style IPA are going to be strong sellers. The haze craze seems to be going strong. So a lot of brewers are looking for those yeast strains that give really good ester profiles, and create a really nice mouth-feel when you’re drinking it. Our New England strain is really popular for that – or our Vauxhall strain gives really great ester profiles. The New England strain especially gives that beautiful mouth feel that you get in the leading hazy beers on the market. Some of my favourite beers made in that style tend to be made with our New England strain.

_
Is the ester profIle the key component that defInes the flavour?

Derek: Well, definitely the key components that define it would be the big hop additions, dry hopping gives all those nice hop aromas that you get, citrus, grapefruit, passion fruity flavors you can get out of the hops. And then there’s that biotransformation that happens with the yeast when the hops are added in the dry hop stage.

When the yeast has taken up or used up 30% or 50% of the sugar content within the wort, a lot of brewers tend to add their dry hops about that time because the yeast is going gangbusters. It can really help with the biotransformation that happens with that yeast hop interaction.

_
It sounds like there’s a lot of varIables In the brewIng process. How many factors does the average brewer need to consIder when they put a beer together?

Derek: Oh, that’s a better question for a brewer I think. I’m always impressed by what brewers are able to do with limited ingredients. It looks like they’re using just the same ingredients, day-in day-out between brewers, malt, hops, water, yeast. But the variation in flavour that they can create by changing up one ingredient or just modulating different temperature profiles or things like that, it’s quite astounding and really is a craft, pardon the pun.

_
What about the Bluestone Yeast world, what are Items makIng news at the moment? What’s been happenIng?

Derek: So for us, we’ve been concentrating on increasing our capacity. We’ve increased our capacity by over 200% in the last 12 months, so that we can offer more yeast to more brewers and lock-in certainty for brewers. So a number of our brewers, they need certainty – they want shipments every month or every fortnight, or every six weeks or whatever it is. And we want to be able to lock in that for them so they don’t have to worry about their yeast supply. When brewers get yeast from us it arrives within 1-2 days, no quarantine delays, no customs delays, no hidden custom fees or quarantine fees or miscellaneous courier fees. Just yeast at their door like clockwork.

The other BIG NEWS is we’ve employed Process Partners an engineering firm that’s helping us design out the new manufacturing facility. So we’re going to take the big leap and jump from our relatively small-scale facility to a big, big, purpose built cell propagation manufacturing facility. So we’re busy having constant meetings with our engineering firm and designing out that. To make it a smooth, streamlined process with super high-quality yeast being produced we plan to have both our facilities running in parallel for a while.

_
MovIng Into that new facIlIty – whenever that happens, what does that mean for you volume-wIse?

Derek: Yes, we will hope to increase our volume by a factor of 20. And that way we can service the whole market and be able to offer, hopefully, a cost saving for our customers. Economy of scale is the key in brewing and the same is true in the yeast business for reduction in our costs and then therefore pass those saving onto our customers. The second benefit is to be able to offer quicker turnaround times for brewers. This is especially important for gypsy brewers or smaller brewers that have a short window of when they can utilize tanks. So to be able to ring us up and we can deliver next day, that’s our aim for our core strains. To be able to just go, “Hey, next day? Yep, sure.” and shoot it off to you. So that’s really what we want to get to.

_
Can you take us through the development of new straIns and also the bIo-bankIng piece that you do?

Derek: Yeah. So we’re looking to develop our own new strains. So that is to use new technology where we can take components out of existing strains that we have in our biobank. Genes like the STA1 gene which basically allows the yeast to break down more complex sugars over time. This causes brewers huge headaches. So to be able to remove those genes and then offer that same yeast strain with the awesome flavour profile, but without the downside risk of genes that can cause headaches, that’s what we want to get to.

We’re doing some collaborations with academia that we’ve got going. And hopefully in the 12 months after we move into the new facility, that we’ll be able to roll out those strains. And then also do much more interesting things with those strains, which is to remove some of the big off flavors that you get. So some of the strains, like the Belgian strains, you might have a huge amounts of peppery or clove notes, which is good in small amounts. But if we can remove that from the yeast, then all these underlying flavors should shine through.

So it’s a bit like when you put too much chili in your Curry and all you can taste is chili. You miss the nuance of the flavors because your mouth is on fire. And so it’s a bit like that with some of these strains that just make a lot of clove or a lot of banana. And if we remove that, what other flavors are underneath? So that’s also what we want to get to, but that’s a good bit down the track. We concentrate first on capacity and then developing new strains.

_
You recently gave a talk at System Wars – what was that lIke?

Derek: System Wars was a Good Beer Week event run by a great home brew shop called Grain & Grape, they’re like the godfathers of home brewing in Austalia. They’ve been around a long time. They give great value to the home brewing community. So it was a great chance for us to give a little bit back. I gave a bit of a talk on yeast, just yeast strains, the importance of pitching the right amount of yeast and what home brewers should be looking to do with their yeast, how to pitch the right amount and avoid some off flavors. It was great to interact with a bunch of home brewers who were really keen to see us enter the market, the home brew market, which we hope to also do in the near future.

_
And earlIer thIs year, you had a collaboratIon wIth…

Derek: Oh yeah, there’s so much been happening I almost forgot. We had a great collaboration with Duncan and Tim from Hop Nation, they wanted to make a really classic Pilsner. They asked us to give them a kick ass yeast, and we delivered them a super fresh pitch of the Pilsen strain, and they just made a cracking beer, awesome, awesome beer. They put a lot of work into it and they just did a great job. And that beer won gold at the AIBA, so it’s best beer of the International Beer Awards.

_
What was the name of the beer?

Derek: Rattenhund. I think they’re making a second lot. So people that missed out, they’re going to be able to get their hands on it. But yeah, it’s a great beer and they fully deserved the gold.

We also did a collab with Bad Shepherd for The Professors Pilsen Pilsner, which was also a really great beer. Yeah, and there’s a couple of other brewers around the country dabbling in that Pilsner space. And that’s great to see, great to see variety out there for the customer.

And you’ve also got Brew Con comIng up later thIs year?

Derek: Yes, we’ve got Brew Con coming up. So this is the first time that we’re going to be heading to a trade show and having a booth.  I’ve gone to lots of conferences and to different trade shows over the years, but this is the first time I am on the other side of the counter. It’ll be great to catch up with all our brewers and also meet new brewers and just a chance to talk to them in person and see what they need and then go away and try and solve problems for them.

_
WIth the advent of COVID, what has the last 12 months been lIke for you?

Derek: So this time last year, we had one employee and now we’ve got five. So great to see that we’ve been able to grow, even in COVID times. – At the start of COVID I think we were expecting to go belly-up and have to shut the doors and walk away. It was great that we were able to get through that and then grow. And it’s great that we were able to get a team of five people, really great people, to help grow the company. So, that’s been really nice. And it’s also taken me out of the lab so I can concentrate on growing the company.